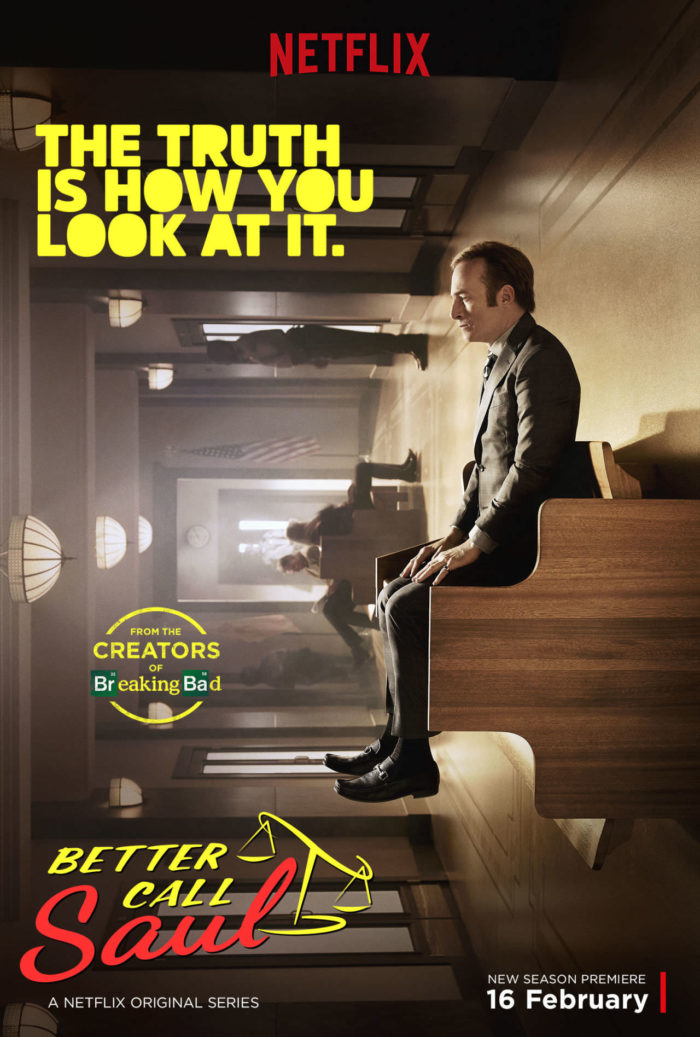 Better Call Saul is an AMC crime-drama TV series. The first season was premiered on AMC on February 8, 2015.

To this date, this series has 2 seasons and 20 episodes. The season 3 is set to come out in 2017. And, fans have been asking: Is Better Call Saul on Netflix?

For those who don’t know:

This series is a spin-off prequel of Breaking Bad series. In that series a high school chemistry teacher diagnosed with cancer turns to selling drugs in order to secure his family’s future.

He is a resourceful lawyer in Breaking Bad, but a terrible lawyer in Better Call Saul. This TV series shows struggles of Jimmy and the path through which Jimmy became Saul.

This series has won many awards for its acting, sound, comedy, writing, casting and locations.

In total, the series has 10 award wins and 49 award nominations. It is also #80 Top rated TV show right now which is a dream-come-true for a new TV series.

Bob Odenkirk was nominated for Golden Globe USA 2016 for his acting in this show.

I assume you are here because you had some problems finding Better Call Saul on Netflix.

Let’s see which Netflix regions have Better Call Saul up for streaming.

Is Better Call Saul on Netflix US?

Yes. Both seasons are available to stream.

Available. But only first season is accessible.

Good news for UK Subscribers. Both seasons of Better Call Saul are available to stream on Netflix.

Yes. All seasons with all episodes.

We have our eyes on this series and we will update this page frequently for you. Here is the Wikipedia page of Better Call Saul. Let us know what you think about this show!