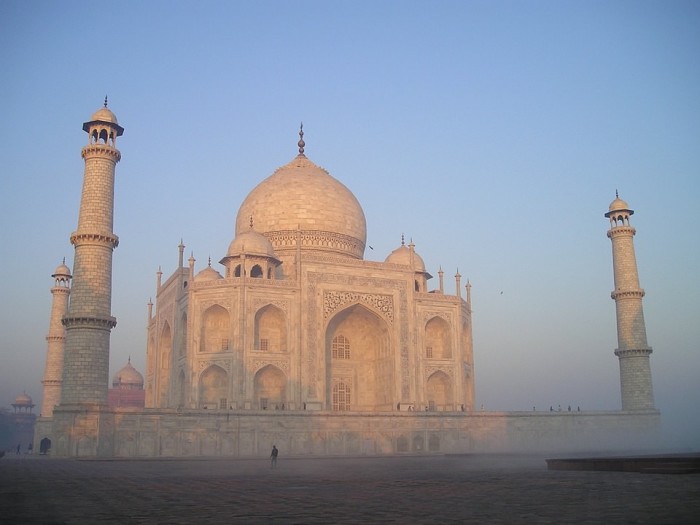 You might be an Indian living outside India. And you want to use Netflix to watch Indian movies.

Or you might be a foreign-movie-fan who loves Hindi Movies on Netflix.

You might have searched for Indian movies yourself on Netflix. I am sure you found many of them.

Now you might be wondering, “Which are the best Hindi movies on Netflix”. Right?

Since your time is limited. We have listed the 9 best Hindi movies on Netflix.

Bollywood earns around 25% of what Hollywood does. That’s big sum of money. And you don’t feel tired to watch a new release.

Indian movies on Netflix are in Hindi. Your life becomes easy with subtitles. Take care of the time, Hindi movies generally run around two hours.

The genre of most Hindi movies are:

You will see mostly these genres for Indian movies on Netflix.

Take a look at the list of the best Hindi Movies on Netflix right now:

Story: A young bank receptionist is sad about her love life. She goes online dating.

Accidently, she bumps into Rajveer Nanda assuming him Vicky (her Online-Date).

Rajveer is a mysterious man.

She keeps asking, “Who are you?”. He keeps doing car-chases, shoot-outs saving her.

Who is he? Can she trust him? What does he want? She is overwhelmed.

Story: Jeetu is in debt. He jumps in the ocean to die. So that Life-Insurance will cover his creditors.

Gundya and Bandya rescues him. He acts like deaf and stupid and they both believe it.

They are themselves in debt. Prabhart Singh Chauhan is their money lender. He takes their boat.

Gundya leaves Jeetu (he calls him Jabba) and Bandya to Prabhat as security.

In his house, Jeetu meets Shruti, a mute girl in the family.

They begin to fall in love. How will Jeetu admit his deceptiveness?

And there is Pooja, a young girl back in his village.

He had promised her marriage since childhood. Now, she thinks she is widow!

English: We Are Together

Story: Seth Ramkishenji and Mamta live in their joint family.

The family consists of their sons and daughters-in-law.

The First son is Mamta’s step-son. She plans to remove him from the property and inheritance.

This divides the family. Even though, the son accepts her wishes.

Ramkishen is stunned to find out that his family too is susceptible to separation.

Will they separate or keep the family joint?

English: The bride of Humpty Sharma

Story: Kavya Pratap Singh is a cool and care-free girl from Ambala.

She makes a trip to Delhi for her marriage shopping.

She meets a young and carefree Delhi guy Humpty Sharma.

Kavya seems unattainable for Humpty initially. But, he is not the one to give up so easily.

He finds out all about her and they end up being in love. She returns home and knows her father is against love.

Humpty with his two friends decides to go get Kavya. He is beated and tortured, yet he keeps persisting.

He has to convice her family against all the odds. Will he?

Story: Rahul has lost his wife, Tina, due to child birth.

His daughter, Anjali and his mother are all he has now.

Tina has left eight letters for her daughter to read on Anjali’s every birthday.

The eighth one is the most important. Anjali reads the letter.

Tina discusses in the letter about Rahul’s best friend Anjali.

There is an important task that Tina has asked her daughter to do.

Anjali has to connect Anjali and Rahul again.

Story: Narayan Shankar is the principal of a prestigious college.

Megha is his only daughter. Raj Malhotra is one of his students.

Narayan knows that they both are in love. So, he suspends him.

Megha is heartbroken and eventually dies.

He is unaware that Aryan is Raj Malhotra himself.

He has now come back to teach Narayan a lesson. A lesson that he will never forget.

Story: Rani Mehra is a Delhi girl from a conservative family.

She is discarded by her fiancé just before her wedding. Shocked by this she decides to go on the planned honeymoon alone.

She travels the world and meets new people. Rani gains new experiences, confidence and discovers herself in the process.

English: It is the name of the lead role.

Story: The movie is set in the 1970s. It is the story of three young people.

Barfi is a hearing and speech impaired boy. He falls in love with Shruti.

She also has deep affection for Barfi. But, Shruti marries a ‘normal’ man and lead a ‘normal’ life due to parental pressure.

Years later their paths cross once again. Now Barfi is in love with Jhilmil.

He is running from the police. Barfi is seeking Jhilmil, who has gone missing.

Shruti’s realizes that Jhilmil has autistic disease. She recognizes that true love is blind.

She searches the girl that Barfi loves. Shruti also realizes that she is still in love with him.

She now has to choose between her happiness and Barfi!

English: Lion (In the movie it is the Sir name of lead role)

He kills himself. His wife Megha and son Nitin are left behind.

Megha files a CBI inquiry against gangater Jaykant Shikre. She says that he killed her husband.

He refuses to do so. The local Inspector Bajirao Singham summons him.

Jaikant appears along with an army of goons.

But his army is no match for Singham. Because Singham has support from the entire village.

Jaykant is humiliated in the village. He returns to Goa and ensures that Bajirao gets transferred there.

He has power here and uses it to terrorize Singham.

Singham finds that everyone is corrupt in the city.

He builds his team of honest policemen and fights against Jaykant.

Ultimately, he kills Jaykant the same way Jaykant made Rakesh kill himself.

What do you think?

With Singham our list ends. It is the best Hindi movie on Netflix right now.

Some of the movies in this list are epic. You will love them as much as Indian Audience.

Let me know your favorite Hindi movie in comments.

We will keep updating this list with new Hindi movies on Netflix.

Did I miss a legendary Indian movie on Netflix?