Which films are the best Football Movies on Netflix?

How many times have you asked this question to yourself? Probably many times!

To keep themselves updated, they consume tonnes of news, radio updates and websites.

You may still want more about football than NFL or college football could provide.

You can re-ignite your passion with these best football movies on Netflix.

Some of these are funny, while others are inspirational. And, they have football factor in common.

So in this football season, let’s take a look at the best football movies on Netflix.

This list is for movies only. We will cover Football TV Shows and Documentaries in future articles.

9 Best Football Movies on Netflix You Must Watch 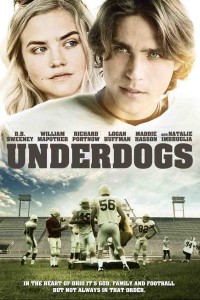 Story: Bobby is a promising quarterback for a struggling high-school football team.

Bobby falls for Renee a cheerleader at a rival high school. She is also the love interest of the rival school’s quarterback.

Bobby’s father, is an inventor who works for the rival quarterback’s father.

The father gets sued by his employer for the intellectual property rights. He struggles to keep his invention.

The employer’s company is also planning to move manufacturing to Mexico. This will end jobs in the community.

The story climaxes in a charity football game between the rival teams.

It serves as a turning point for the inventor’s family, the school, and the community. 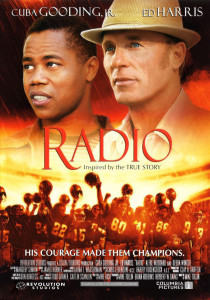 Story: Harold Jones is a football coach of the T.L. Hanna High School. He protects a handicapped young man from the abuse of some of his players.

He says his name is Radio, who can hardly speak.

He spends some months in the companion of Coach Jones. He also handles resistance from the locals.

Radio transforms from a shy man into an inspiration to his community.

Radio becomes popular, beloved and a symbol for most of the population. 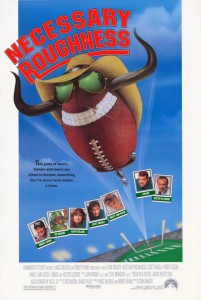 Story: Paul Blake is a 34 year old farmer. He was once a star high-school football player.

Paul had to drop out of college when his father died. He only had family farm to run.

Now, after a 16 years of absence, he’s brought back to football by his former coach, Rig.

He is in Texas State University to turn around the Texas State Armadillos Team. It is a team that was placed on probation for corruption.

On the field, Paul does his best to get himself back into shape. He feels awkwardness about attending college classes at this age.

They are out to beat the almost impossible odds of winning at least one game this season. 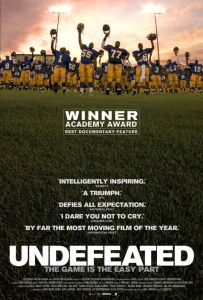 Story: It is a great documentary movie.

Manassas High School, in North Memphis, has never had a football team win a game.

It is an underfunded and underprivileged football team.

Under the guidance of Coach Bill Courtney, they reverse their fortunes.

They seem to have a chance to break their school’s 110-year losing streak.

Finally they win the game. 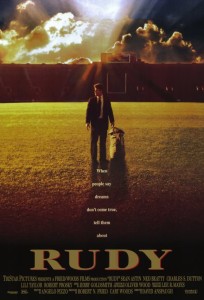 Story: Rudy grew up in a steel mill town where most people ended up working.

He wanted to play college football. There were only a couple of problems.

His grades were a little low. His athletic skills were poor. He was only half the size of the other players.

He has always been told that he was too small to play college football.

But he determines to overcome the odds and fulfill his dream of playing for Notre Dame. 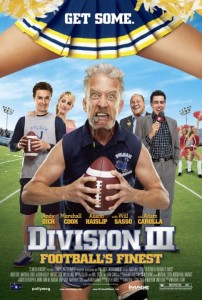 It has a Division III football program (the lowest division in the NCAA).

When the head coach dies, the future of the football program comes in danger.

And, they have not had a winning season in decades.

Vice is an aggressive redneck racist. He becomes worst nightmare of the team. But…

Vice’s way of coaching is the spark that the entire team need to turn the program around and become winners! 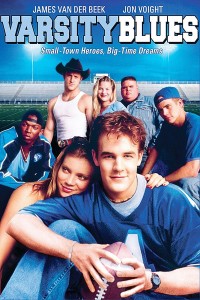 Story: In Texas, football is a way of life.

But, Jonathan “Mox” Moxon had enough of it.

His father pressured him to play since childhood.

Mox has hardly ever seen some football action being a second string quarterback.

But after the first string quarterback Lance Harbor, is seriously injured. Mox is brought in to finish the season.

Mox begins to realize the toughness and hardship of being a starter.

With tough things comes rewards. Mox is suprised to find that being starter brings more than he can handle. Like popularity, women… 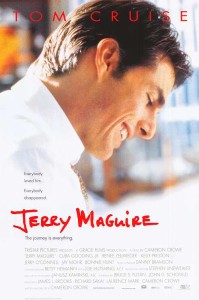 He has the biggest clients, the respect, a beautiful fiancée.

One night he questions his purpose and his place in the world.

He finally comes to terms with what’s wrong with his career and life.

Recording all his thoughts in a mission statement Jerry feels he has a new lease on life.

His opinions aren’t met with enthusiasm from his superiors.

He loses high earning clients and elite status within the agency.

Jerry steps out into the sports business armed with only one volatile client.

He is the only person with belief in Jerry’s abilities.

Jerry has to rebuild what he once had.

Along the way he faces the harsh truths which he’d ignored in the past.

There are host of hardships that he’d never faced before.

Story: Paul Crewe was a popular football superstar back in his day. But that time has gone.

A messy drunk driving incident lands him in jail.

Paul has been assigned the task of assembling a team of criminals.

There is a big football game against the guards. Crewe is ready for this interesting game.

The warden and the guards have no idea who or what they’re up against. When Paul is the driving force behind the new team.

What do You Think?

The movies The Longest Yard completes our list. It is the best one among these all.

We have covered only 9 of the best football movies on Netflix.

And still, there are plenty of good football movies on Netflix that could not make space in this list.

One of them is Remember the Titans and another good one is The Blind Side.

We could list many other movies. But you may have limited time, so we are stopping right here with this list.